Using a glowing poncho, WertelOberfell address the right for privacy as a design challenge: how can garments help us to remain inconspicuous in a world of ubiquitous surveillance? The Re-FREAM co-creation project’s creative use of LED innovation helps wearers disappear, while raising the visibility of privacy issues. Ignotum addresses algorithmic opacity through wearable luminosity.

Concerned by the increasingly targeted emotional marketing based on camera surveillance, WertelOberfell and their team conceived protective clothing which fools computer vision. Before designing the garment, Jan and his team had to understand how computers see. CCTV camera algorithms process an amalgam of little pixels, then sort them into either information or noise with the help of deep learning – a highly opaque black box process. “First, I thought we needed a moving, ever-changing suit of virtual armor”, Wertel explains, “but it turned out that we could break it in a much easier way!”. After delving into each step of the process, Wertel decided to simply intervene before the pixels have passed through to the deep data analysis, and to confound algorithms at the moment they determine what contrasts define a human silhouette. How? By using light interference. “Nobody knows exactly how algorithms work, not even Microsoft or Google…they are simply trained on image sets. But with these light patterns, we managed to break them”.

How can fashion protect us from increasing public surveillance? While fashion and adornment are deeply linked to the desire to be seen, the clothing that envelops us also grants protection. A functionality that can take many forms: shielding us against the weather, highly specialized apparel protecting us from health and safety hazards, or technological emancipation. WertelOberfell’s co-creation project uses technological innovation to create a spectacular statement about how technology causes new needs for protection – and potentially provides them as well.

Together with the Fraunhofer team, WertelOberfell created a poncho integrating PCBs (printed circuit boards) and LEDs. For the prototype, industrially made light fibres were used. The final design though utilizes light guides printed directly onto the textile of a poncho garment – a style chosen for its simplicity and versatility. A base layer gives the whole garment its basic stability, a tech layer includes printed circuit boards, the textile cable and the LEDs, which is covered by a moiré layer for an additional optical illusion effect. The shine of the 3D printed light guides interfere with the Ignotum (unknown) algorithmic recognition mechanism. A simple garment with high impact, the luminous poncho attracts attention in real life, yet conceals wearers from surveillance, rendering them as unknowable as the algorithmic process.

With Stratasys and Profactor, the team printed different geometries onto fabric, taking one LED and creating the longest possible light line – a development potentially applicable for high visibility performance and protective apparel in the future.

In accordance with the Planetary Design Circle concept, the possibilities of separation as well as service and repair of electronics were taken into account throughout the project – a seed that has been firmly planted for WertelOberfell’s future design endeavors.

Instead of aiming for a commercial product, the project centers on awareness. WertelOberfell aim for a diffusion through press, exhibitions, and hacker associations such as the Chaos Computer Club community. Ignotum conveys both an increased knowledge of surveillance and also the agency technology can provide – a new kind of fashion statement. 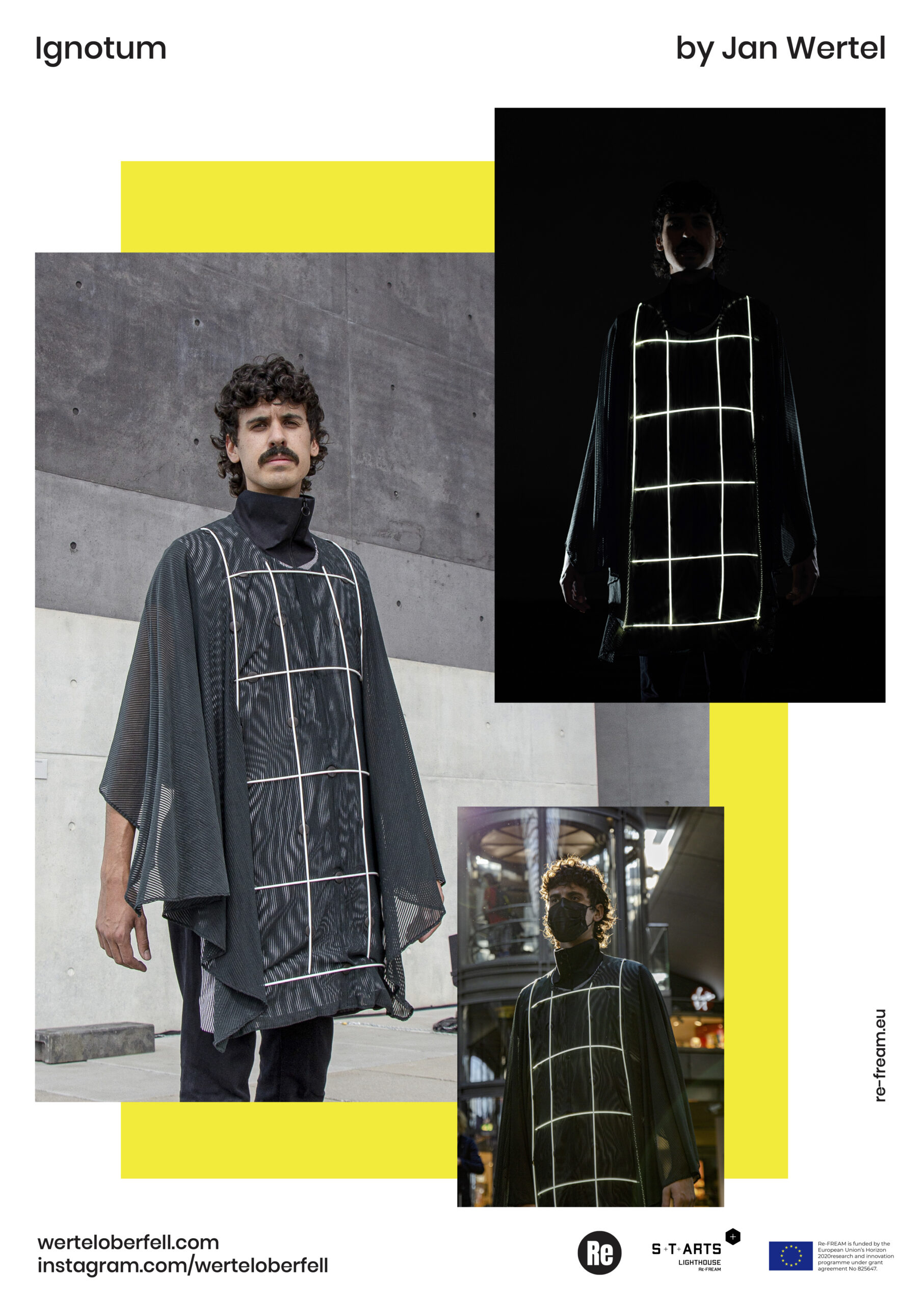 Jan Wertel’s idea is to create a fashion item that confuses the Artificial Intelligence integrated in nowadays CCTV’S in an active way, thus making the wearer virtually invisible.

WertelOberfell are based in Berlin and worked within the Smart Textile Hub of Re-FREAM. They collaborated with the Re-FREAM partners  Fraunhofer IZM, Stratasys, Profactor and Wear It Berlin. Other collaborators included Markus Mau, Mira Thul-Thellmann, and Tim Schütze.

“Jan and his team did a fantastic job, especially considering this was the studio’s first fashion project. The final design is reminiscent of the Bauhaus aesthetic, and the light guiding structures were also developed according to the principle of form follows function.

To this end, the team intensively studied Artificial Intelligence algorithms for CCTV, developed smart solutions and evaluated hundreds of light patterns for irritating the software. The modular approach of the working prototype follows the Planetary Design guidelines, developed at Fraunhofer IZM.

It offers several advantages: firstly, only necessary materials and electrical components are used. Secondly, the use of detachable buttons means that the technical components and materials can easily be removed again for repair or replacement .

Finally, a different light source can easily be implemented, for example an infrared light range instead of the visual spectrum, thus increasing the options of further applications without the need to build a new system.”

WertelOberfell’s team first created their own AI-enhanced camera system, using the MobileNetV2 object detection model trained with the COCO dataset. Then they printed 3D print light guides in a flexible transparent resin directly onto textiles, reducing the number of LEDs needed for the garment overall.

For this, Christian Dils (Fraunhofer IZM) supplied some samples of LEDs that were bonded onto fabrics to Pavel Kulha (Profactor) to overprint them with transparent light guides. For the working prototype, industrially made light fibres were tested and used. NCA bonding (non-conductive-adhesive bonding, internally at the IZM also called e-textile bonding) was used for the textile cables, the LEDs were soldered to the textile cable connectors to create an electrical cable harness.

In parallel, WertelOberfell’s team designed, 3D- printed and assembled all the different housings to protect the electric parts. All remained reopenable to allow for repair. To reduce the high temperatures flowing through the PCBs, the team used a basic heatsink-and-fan setup to bring the temperature down to touchable levels.

To allow for a connection between the two layers to be easily repairable, the team designed buttons which also function as clips for the light fibres. Instead of stitching them, they 3D printed them, ironed them onto the garment, then cut them open. 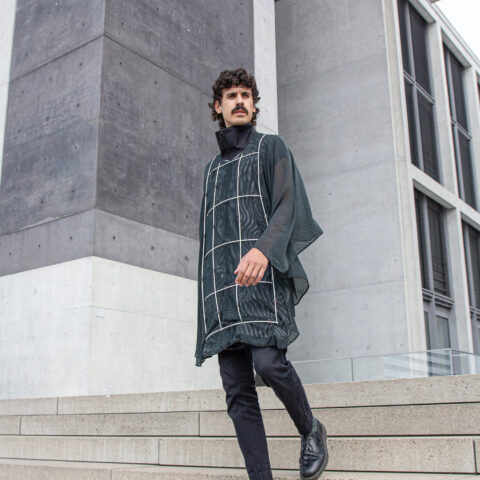 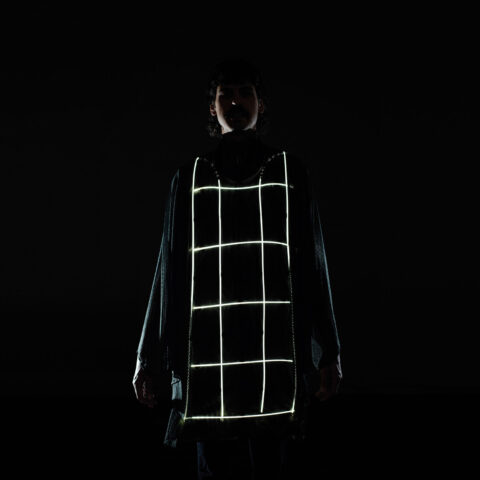 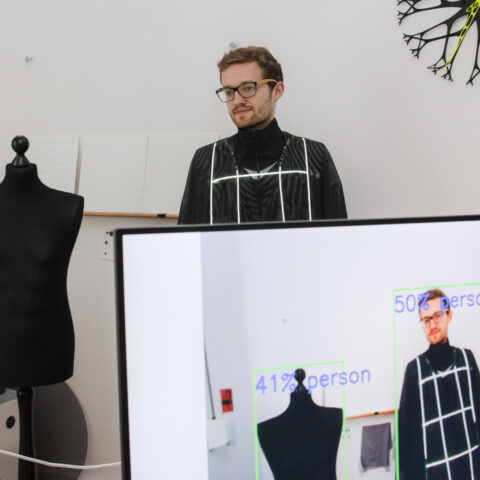 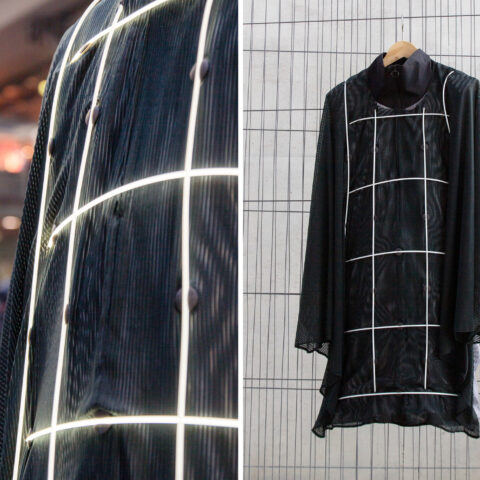 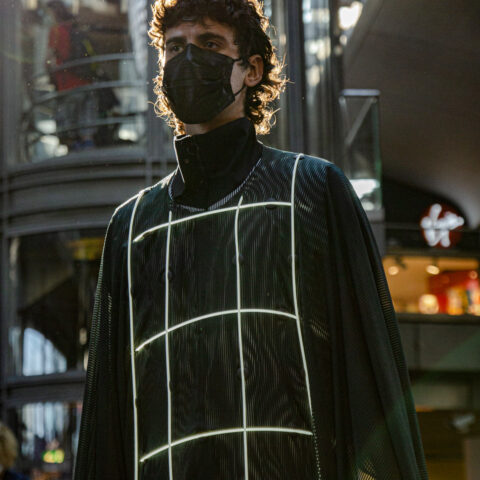 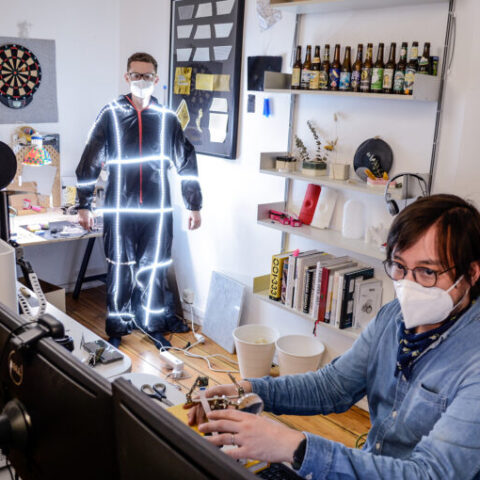 Wertel studied product design at the State Academy of Arts in Stuttgart and after living in London and Munich has settled in Berlin. He is a partner at WertelOberfell, a product design studio based in Berlin and Munich, which was founded in 2008 together with Gernot Oberfell. Their work ranges from experimental one-off pieces to furniture and interior products all the way to mass produced consumer products and electronics.

These seemingly very different design topics are all connected by a strong sense of balancing real-world necessities with a playful approach of mixing and cross referencing different areas of design, material and technology. 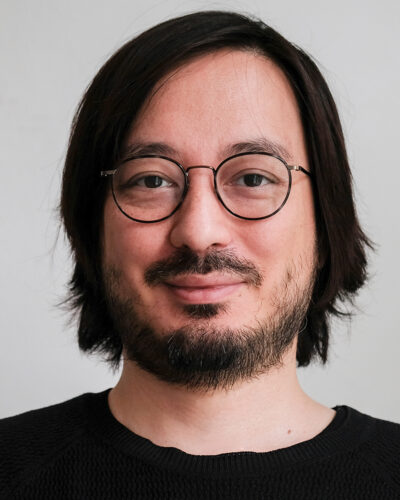 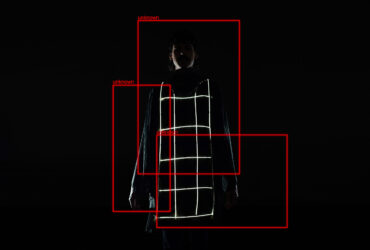 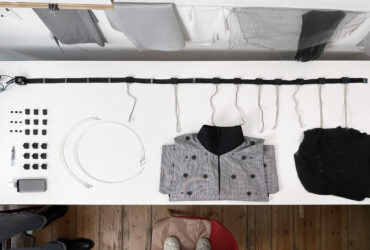 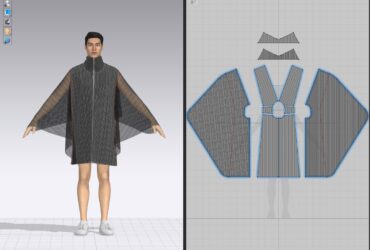 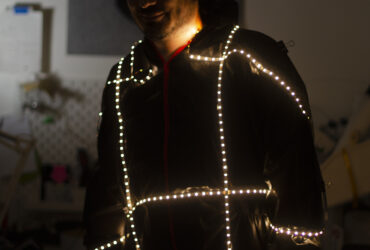 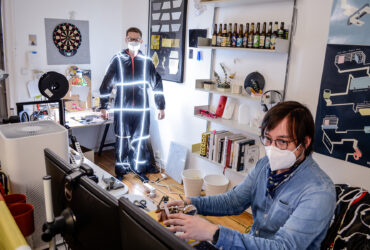 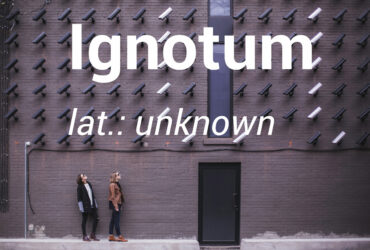