Our design phase for Ignotum is slowly coming to its final conclusion.

Everyone who has ever designed or developed a product knows, that usually this process demands lots of iterations and constant micro-decisions to be made that hopefully lead to a sensible yet exciting design.

We decided after the midterms to create a poncho or throw-over type of garment. The ease of use and large surface area were the main factors for us to go that route. It also is great in protecting its wearer from cold and hot weather or sun rays, and protection (in another sense) is one of the main purposes of Ignotum.

After the midterm presentation, we discussed possible routes to go with the project within our group. The most important parts of the AI confusion are the light lines, and here we had to make the first “sensible” decision: to go for the prototype with industrially made light fibres. Our idea to print the light guides directly onto the fabric worked in a small sample, but the bonding and electrification of that many LEDs would not have been feasible within the scope of the project. So instead of 80-100 LEDs we now just have to power nine. 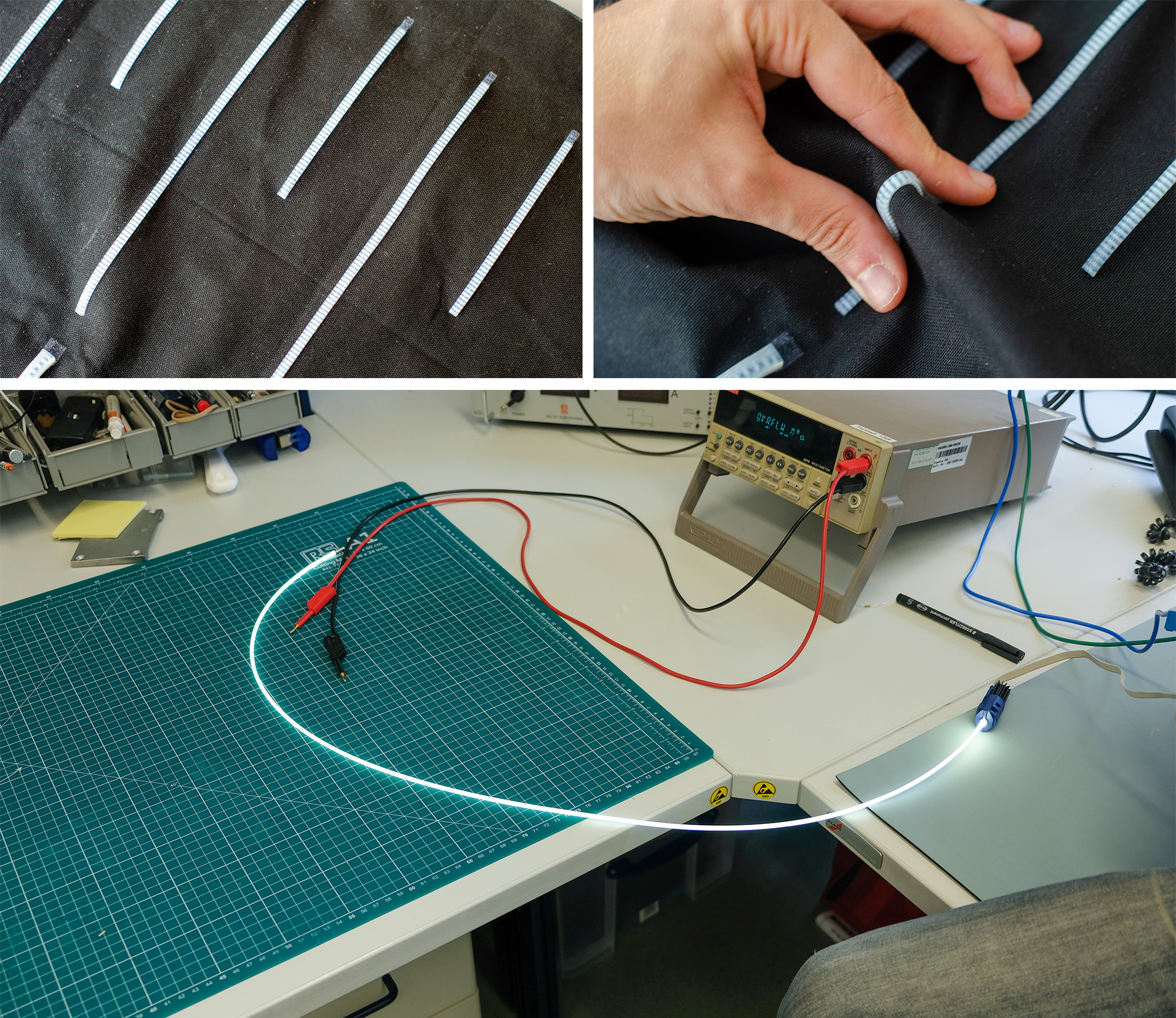 We also tested near-infrared LEDs (IR) to make the light lines invisible to the human eye, and it generally worked but unfortunately, we could not get bright enough IR LEDs because of a general global shortage of electronic components. So we are sticking with visible light.

The other big topic were the areas within the light guides. First, we thought of using optical 3D printed elements to dazzle the CCTV camera, similar to a reflector. After a workshop with Max Marwede and Robin Hoske about the Planetary Design Circle, we quickly realised that it would be much more environmentally friendly if we did not bond resins to fabric. So we looked for other ways to dazzle and came across moiré effects that happen when linear patterns are filmed with digital cameras. This worked really well and was also much easier to realise with striped textiles and adding a layer of striped gauze. 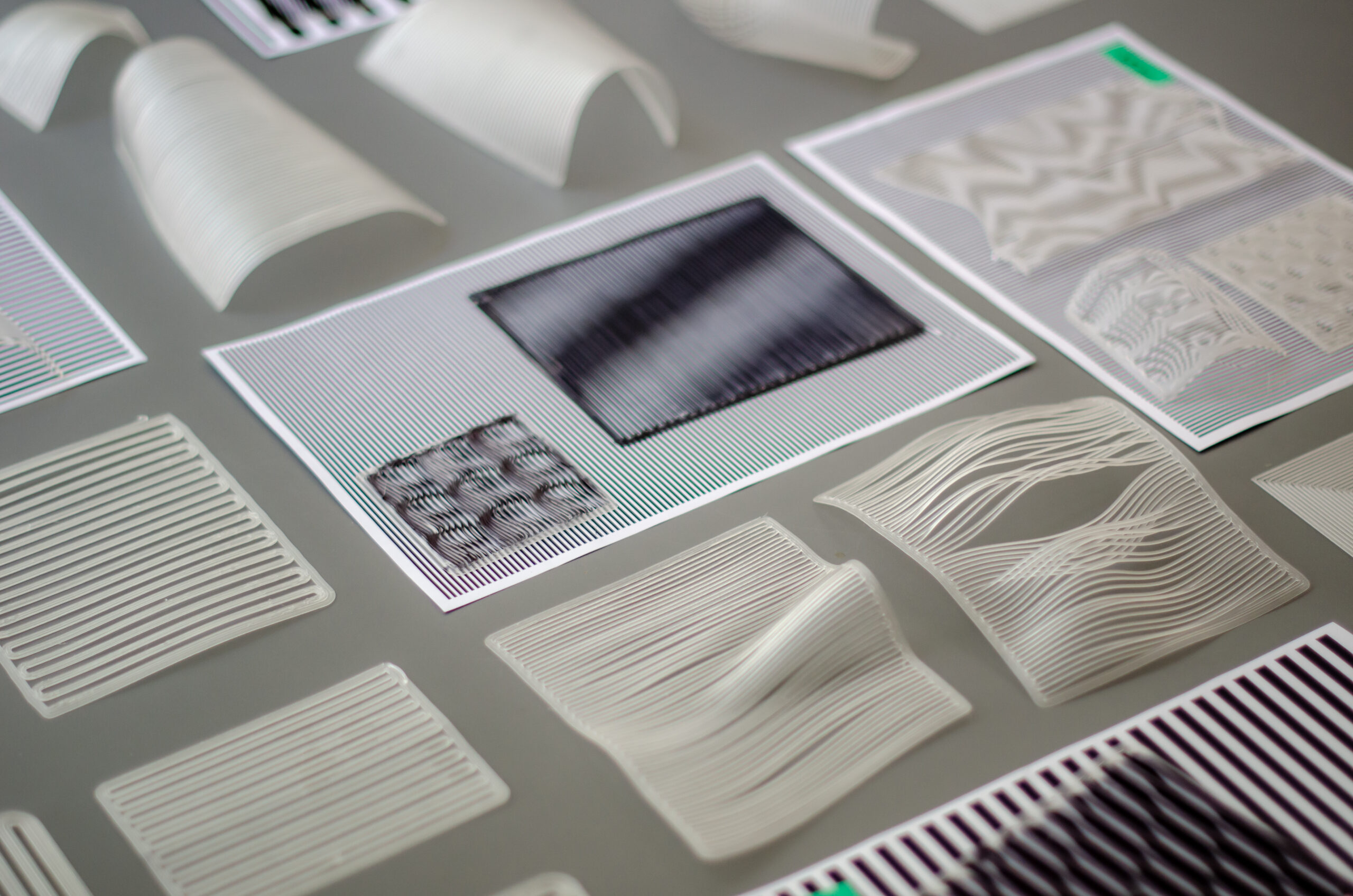 In general, we went on to use the planetary design circle tool by the Fraunhofer IZM when we had to decide which way to go with details or design elements. The result now is that the technical part of the design is fully repairable/replaceable (in case something breaks or needs an upgrade) and uses the least possible amount of electricity. We achieved this by creating 3D printed clips and buttons that connect and fasten the different elements.

Clo3D was a great tool for us as fashion novices in creating the design and pattern. Agnes from Empa gave us here a very helpful introduction to the software. We could test and animate on the computer screen the throw-over and see how it reacts in different poses and movements. It also created a 2D printable pattern that we could give to a dressmaker, who then went on and created the basic garment for us. 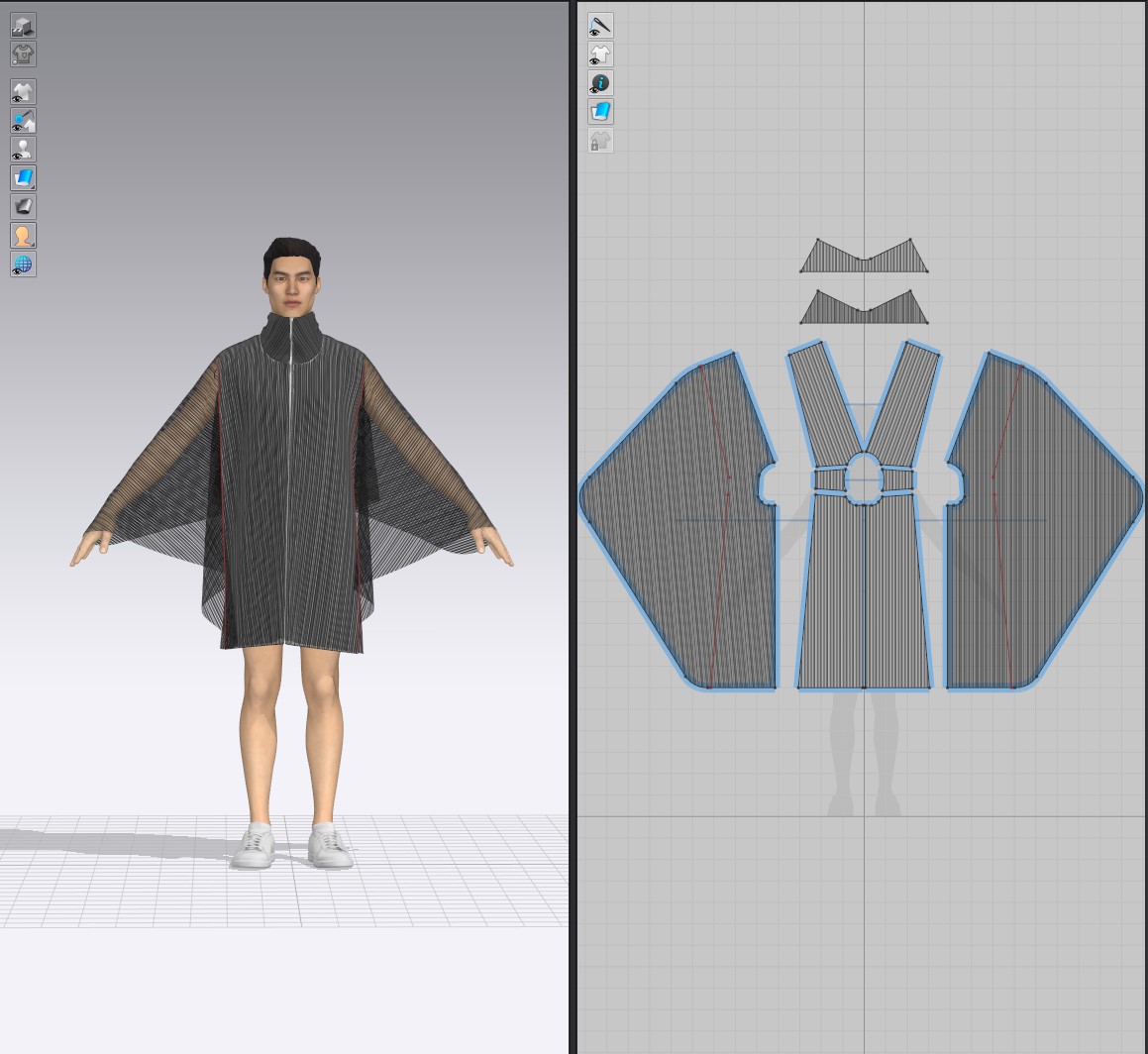 We also created the first samples ourselves in the studio. 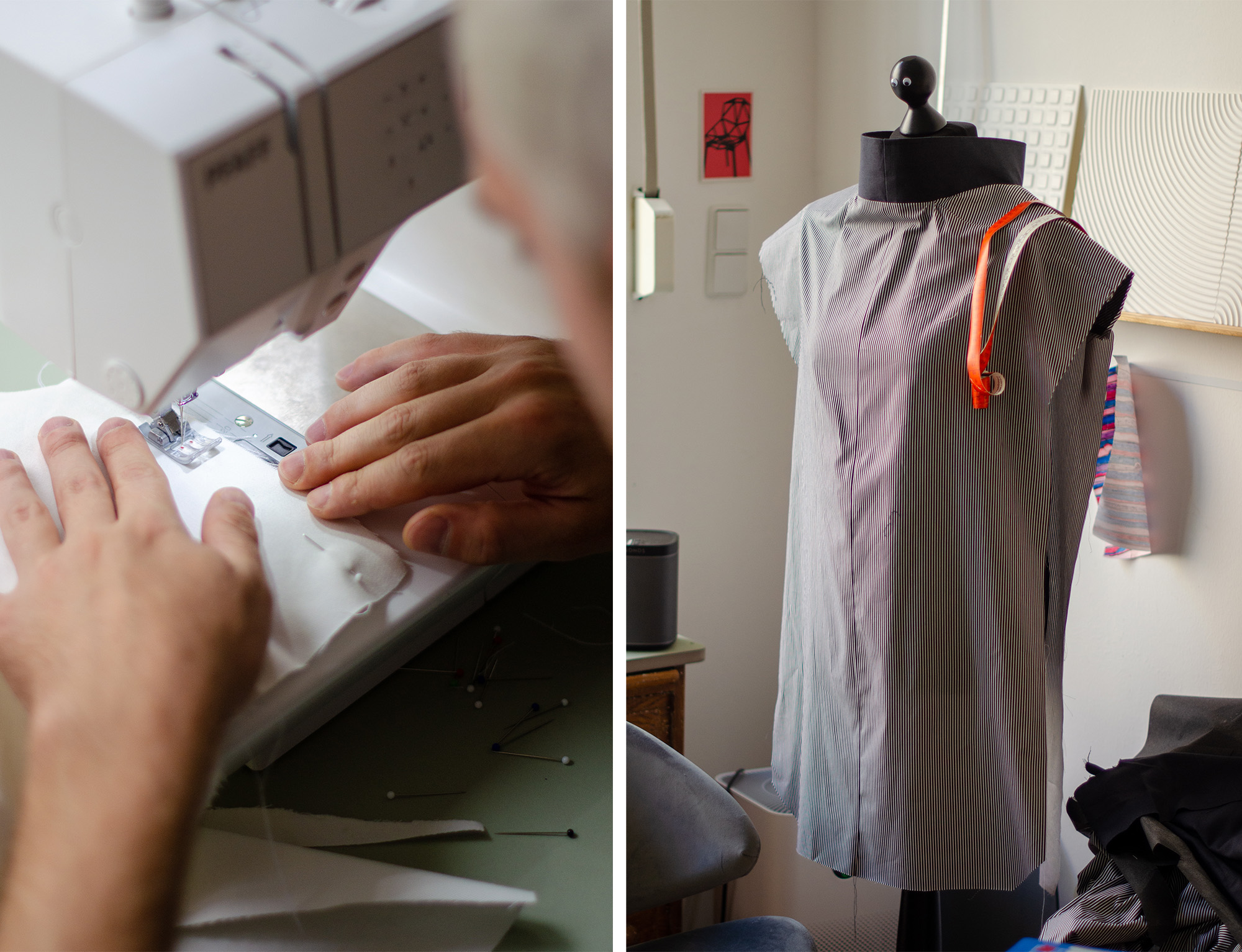 Right now we are rapid prototyping other technical elements, which we will show a bit more in another blog post. Thank you for reading!