While clothing longevity has often been approached through timeless and basic pieces, for Elisabeth Jayot sustainability is linked to the « ability to morph », so she design modular fashion, conceiving the garment as a puzzle in order to extend the garment lifespan through spare parts reuse and recombination. Her Re-FREAM co-creations engage the wearer with the assembly of parts and on-demand textile dyes:  sustainable fashion becomes interactive and playful.

Whereas the project Jayot proposed to ReFREAM was one full silhouette, she ended up creating three modular clothing collections. One integrates monochromatic recompositions of textile production waste, the other custom-dyed oversotck white fabrics, while the third is a modular silhouette created with another Re-FREAM artist’s material innovation. Those two last ones employed the sustainable and non-polluting micro-nebulization technology developed by Care Applications for dyeing and finishing.

Jayot, who has used laser-cutting in the past, became familiar with CLO3D modelling in order to save materials and to reduce pre-production waste. Re-FREAM led her to experiment with additive manufacturing options for the first time. She even to explored customizable 3D-printed high heels, using the body-scanning capacities of Haratech. Her particular focus however was on fasteners and closures allowing for modular designs, and their customization through nebulization dying processes. Novel was the combination of 3D-printing fasteners with the nebulization dyeing system.

Jayots’ ingenious “Plug & Play” seamless interlocking attachment systems allow wearers to recompose garments with no skills or machines, according to their desires, or to changing seasons, sizes, needs. To counter the harmful fabless system of fast fashion brands subcontracting production of clothes they design to overseas manufacturers, she imagines to relocate fashion industry production through a network of urban micro-manufacturing units inspired by fablabs drawing on a globalized trade of digital pattern design of seamless modular clothing, sold online as blueprints, withh production and distribution gathered in « Fashion FabStores ». Seamless and modular clothes enhance also creativity: “It gives you the ability to create something with your own hands in a very simple and intuitive way, and to share this moment with others, during workshops, or with your kids!”.

The first co-creation silhouettes duo called « Be Square » presents the customization potential of non-dyed overstock material and 3D-printed clothing fasteners through on-demand dyeing using Care’s Applications’ Eco-Finish nebulization technic. The « 12cm2 » collection she then designed explored the upcycling potential facilitated by the very small size basic square module. Using only production textile waste and modules from previous experiments, she created monochromatic garments as a patchwork of many different textile and leather which implied various laser cut machine settings. For the last seamless modular silhouette she created called « Into the Woods » she used cork leathers and cork-finishing nebulization technic developed by Fabio Molinas another Re-Fream artist. The entire look is biodegradable, and showcases nano cork, which Molinas and Care Applications have developed together. The dying effect produces a particularly velvety touch, and the co-creation is Jayot’s favorite Re-FREAM outcome.

Jayot’s goal is not to launch her own fashion brand but rather using her expertise at the crossroads of circular economy and new technologies for teaching, writing, and consulting brands on their sustainable development strategies. She also looks forward to taking this project to fashion schools and design schools, and to work with other creatives to see which kind of new parts they can imagine for her modular system : “We can create so many more things! A modular system is open – it can produce something very minimalistic, or something very Rococo and colorful”.

The Re-Fream prototypes Jayot designed were a first step toward a new kind of fashion supply chain for the circular economy she  envisioned. In June 2021, she created a human-scale demonstrator of the ‘Fashion Fabstore’ she conceived that would offers four areas dedicated to shopping, customization service, digital fabrication, and product cycling. Within the shop would be found ready-to-wear seamless modular clothing, ready-to-be-assembled kits, and garment spare parts to update existing products. The customization service would propose, after body scanning, an on-demand production of customized made-to-measurement clothing with fabrics selected in the local sustainable textile library. Digital fabrication would concentrate all the computer numerical controlled technologies used for production, and product cycling would be dedicated to reparation, redesign, second-hand clothes and parts resell or swapping, collecting and sorting damaged parts for recycling. Such implementation could lead to inverting the fast fashion paradigm by replacing copyrighted designs produced overseas, by a worldwide designers pattern digital trade combined with production relocation through a network of FabLab-inspired micro-manufacturing units. 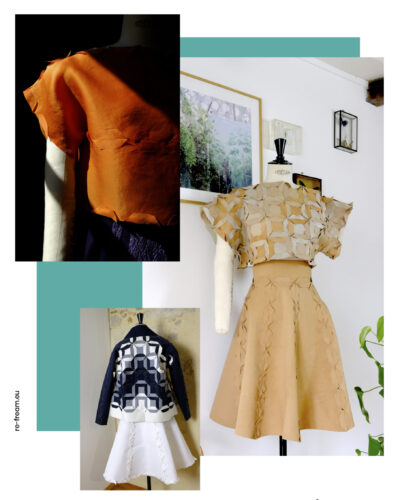 The Fragments Garments circular fashion supply chain aims at inverting the current fast fashion paradigm. To fight the environmental damages created by cheap clothing produced at a fast pace in low-wage countries, we propose to relocate within small urban manufacturing units akin to Fablabs, the production of garments, – moreover designed seamless and modular -, based on a worldwide digital pattern trade.

This project adds a 4th dimension to the classic Reduce, Repair, Recycle concept by involving the consumer who can easily dismantle and transform clothes according to changing trends, needs or sizes, thus leading to a longer life-span.

Jayot is based in Paris and worked within the Sustainable Finishing Hub of Re-FREAM. She collaborated with the Re-FREAM partners Care Applications and the Aitex facilities on three modular concepts. She also worked with Profactor and Haratech in Linz to develop 3D-printed customizable and reusable clothing fasteners, which were also custom-dyed on-demand using the micro-nebulization process of Care Applications and Aitex facilities.

With Aitex, Jayot worked on laser cutting and laser engraving on a variety of upcycled textile and leather types, to repurpose textile production waste into new garment puzzles. For the shoe experiments, Haratech provided the scanning of foot curvatures and a shoe form, and Profactor developed heel prototypes using Fused Filament Fabrication.

The garment fasteners were made with Polyjet printing by Profactor and Stratasys using transparent Algilus resin for softer wearable results.The fasteners were then dyed through nebulization Eco-finish processes at Care Applications. Nebulization is a novel non-polluting zero waste dyeing and finishing processes which radically reduces the use of chemicals, water, energy.

The concept that Elisabeth has developed is a zero-waste pattern which was made through her “Fragment Garments” project with the aim of creating modular, customised and on-demand clothing. To carry out this idea, an exhaustive study of different fabrics and different compositions was performed at Care Applications.

The fabrics had to have certain characteristics such as the possibility of being dyed, controlled shrinkage, washable or the optimal laser marking cut that was developed at AITEX. After studying the fabrics that were going to be used, many tests were accomplished both for dye and finish processes. These were done using the ECOFinish nebulisation system with natural dyestuffs, wool, silk, cotton or Piñatex® dyeing; or waterproof finishes. At the same time, a line of research was opened together with our technological partner Profactor, we carried out different tests of nebulisation dyeing on 3D printed pieces, some of them successfully. This achievement helped the concept of the project to be stronger since, with this possibility, it could be printed directly on the fabric and dyed both things at the same time, or, have the 3D printed pieces prepared without colour and the shades are chosen depending on the seasonal trends. After this work of co-research and co-creation among the artist and the tech partners, Elisabeth finally developed a beautiful collection with different garments such as coats, jackets, skirts and blouses, all of them modular and with sustainable finishes. 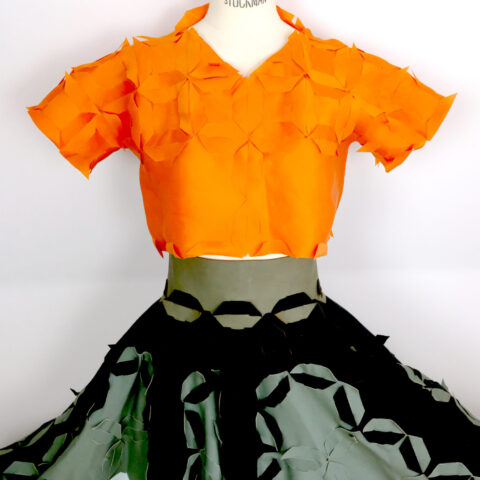 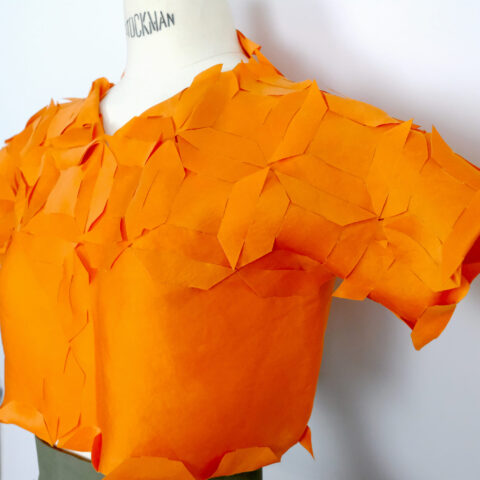 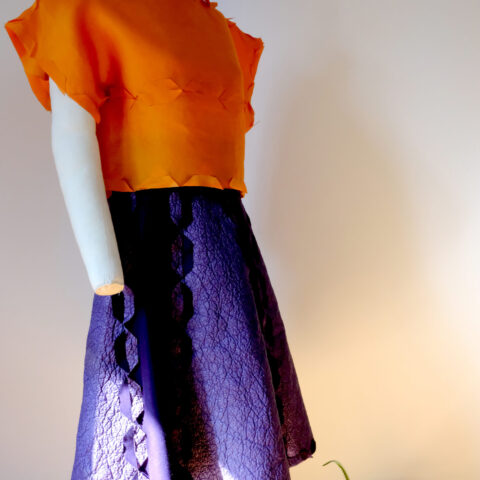 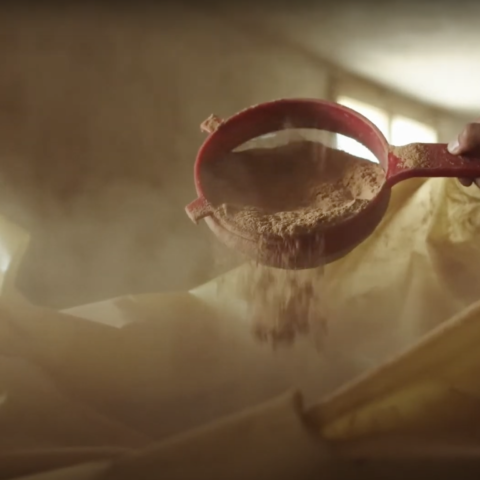 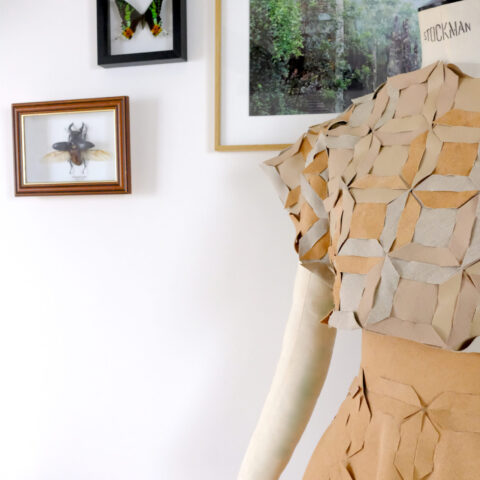 My artistic practice can be summarized in two words : Research & Design. In order to imagine sustainable alternative processes and scenarios forgarment longevity and user involvement, I want to make a thoughtful use of digital manufacturing technologies. The most significant projects are the 3 steps that brought Fragments Garments to the development stage it has reached today. The concept of FabLab-inspired circular fashion supply chain and innovative concept-store, previously called FashionTechAway, has been first imagined for the 2017 Zero Waste Challenge, where I won second prize. I then created a first modular collection of 8 seamless laser-cut garments (shirt, dresses, perfecto, jackets, trench and coat), all based on a common set of 10 combinable spare parts patterns. Thanks to the WORTH Partnership Project grant that allowed me to cooperate with the FabLabWeMake in Milano, I improved my design further and created the zero-waste square seamless module. An ensuing collection of 5 jackets and coats has been the proof of concept which has given birth to Fragments Garments. 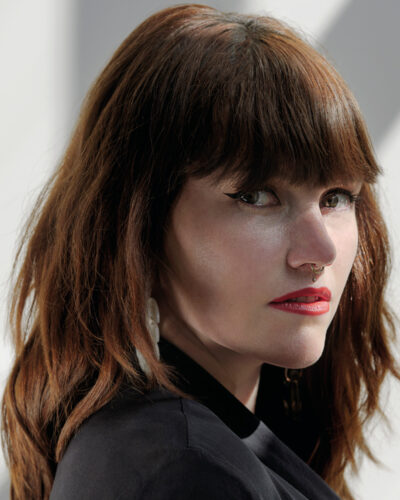 MIXING ART & TECH The combination of technicians and artists gave a unique point of view for the projects developed during this nine-month co-creation period. From Care Applications we accompanied four artists from the Hub: “From linear to sustainable circular … 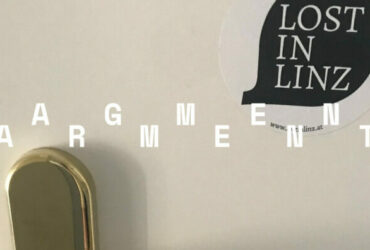 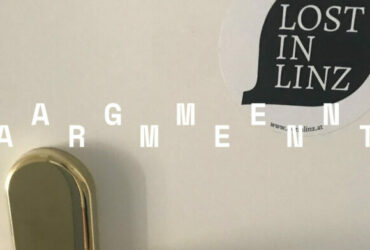 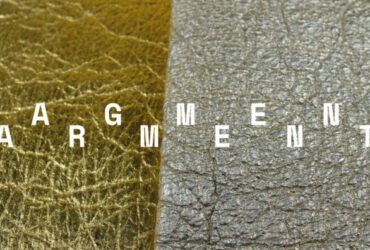 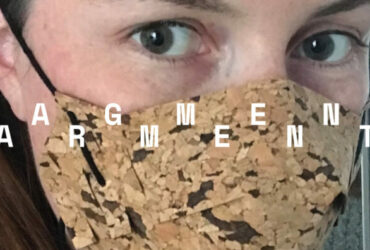