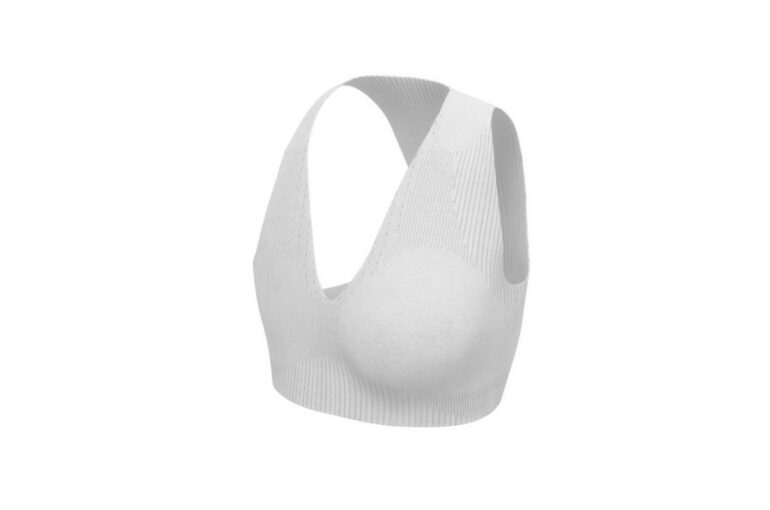 When explaining my design approach towards bra diversity to the general public, I frequently encounter misunderstandings with conversation partners who are new to the topic of breast cancer. Especially when talking about urgently needed alternative bra options that cater to the needs of females with different sized breasts, one breast or no breasts, my conversation partner will most often summarise their understanding of what I have said to reaffirm that my main aim must be to reinstate body symmetry through the garment design. My answer is always a resolute ‘no’. I will explain that I am, in fact designing for the body as it is and that I am trying to find ways to include body asymmetry into normative pattern making processes. Usually, this statement is followed by a brief moment of silence and reflection. After that, more often than not, my conversation partner will rephrase the initial question to reaffirm that, indeed, most females must want to achieve breast symmetry after a mastectomy. The term ‘again’ is frequently used in this part of the conversation. Females must want to ‘be normal again’ or ‘feel feminine again’ or ‘be whole again’. ‘No, not necessarily’. As much as I recognise that body asymmetry might be a novel concept to the general public, it is an everyday reality and an urgent matter in the breast cancer community. During these moments in the conversation, I want to stick up for the affected females who have graciously shared their stories with me. From my encounters with them, I wholeheartedly understand that there is no ‘again’. There is no going back to the old self after a life-threatening diagnosis. And even if a female decides to achieve breast symmetry after mastectomy (through breast reconstructive surgery or external breast prothesis), this is not a ‘going back to’-situation. It is an entirely new situation! And this new body has unique needs and specific clothing requirements. 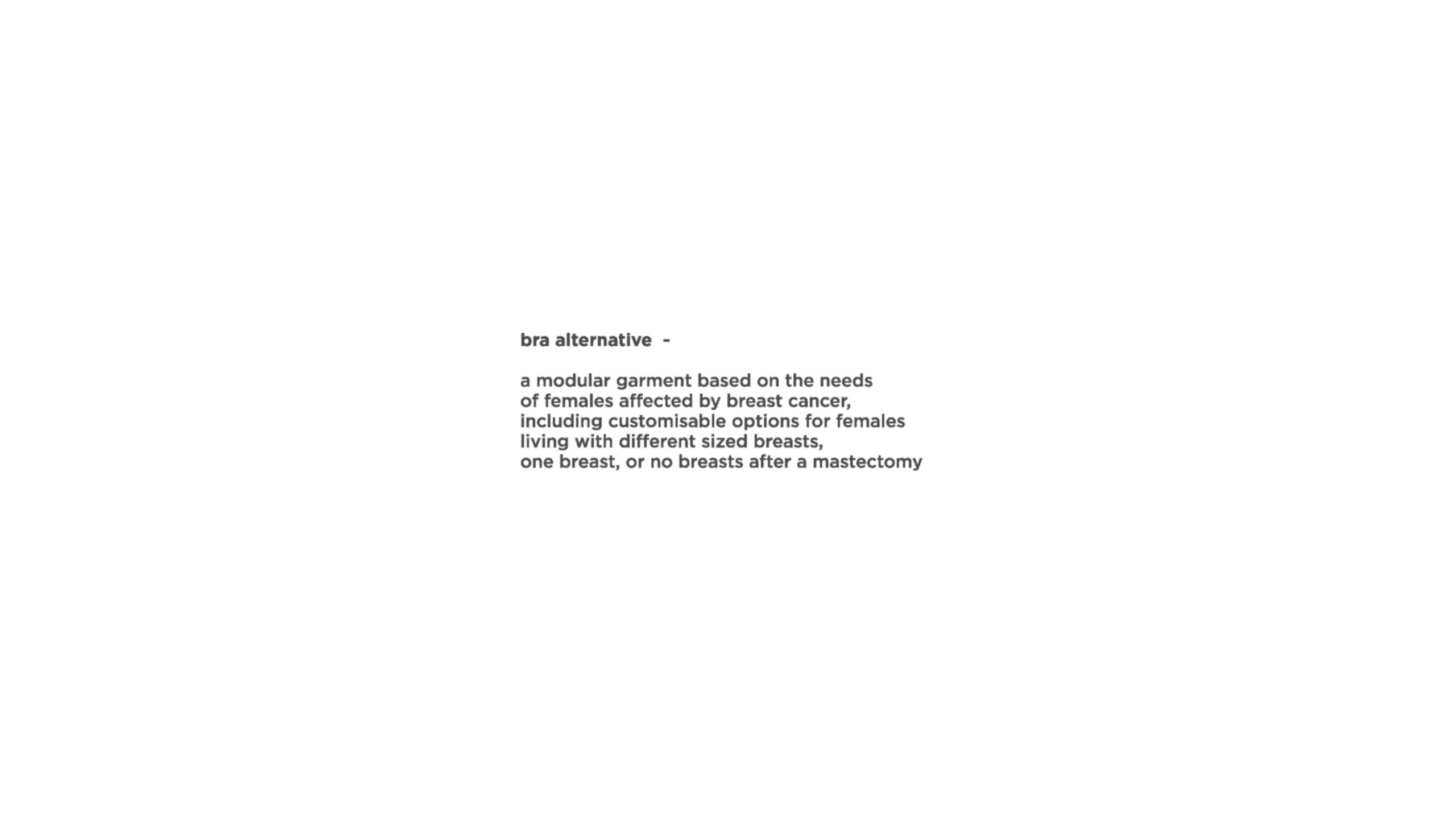 The design approach towards clothing diversity that I take in this project is a modular and customisable concept that relies on a base garment – the bra alternative – from which the garment wearer can extract (or mass customise) various versions. This is made possible through additive, 3D knitting manufacturing techniques. My approach goes beyond the usual understanding of a bra as an undergarment. Through the bra alternative, I question the bra in its current form and I aim to blend the divide between underwear and clothing. This approach is based on the voiced needs of females affected by breast cancer. 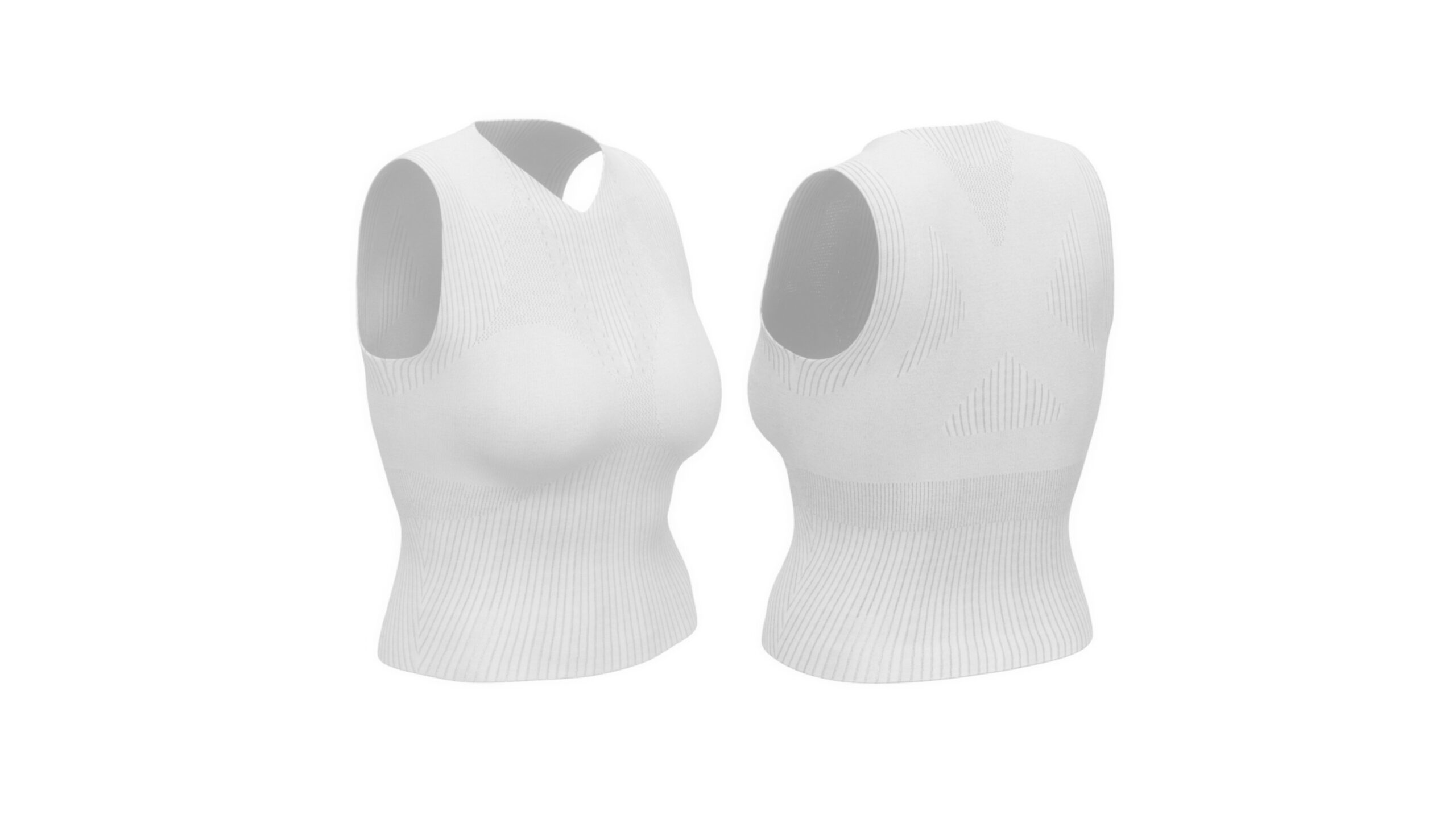 Together with Sander Hofstee from the University of Art and Design Linz, I came up with a short visualisation that aims to help the understanding of how bra diversity could look. We digitally tailored ten versions of the 3D knitted bra alternative to scale with exact analogue textile properties (thanks to CLO fabric digitising by EMPA). We chose these versions based on a collection of actual bra needs of affected females (there are many more versions possible, of course, and this is just a small selection). 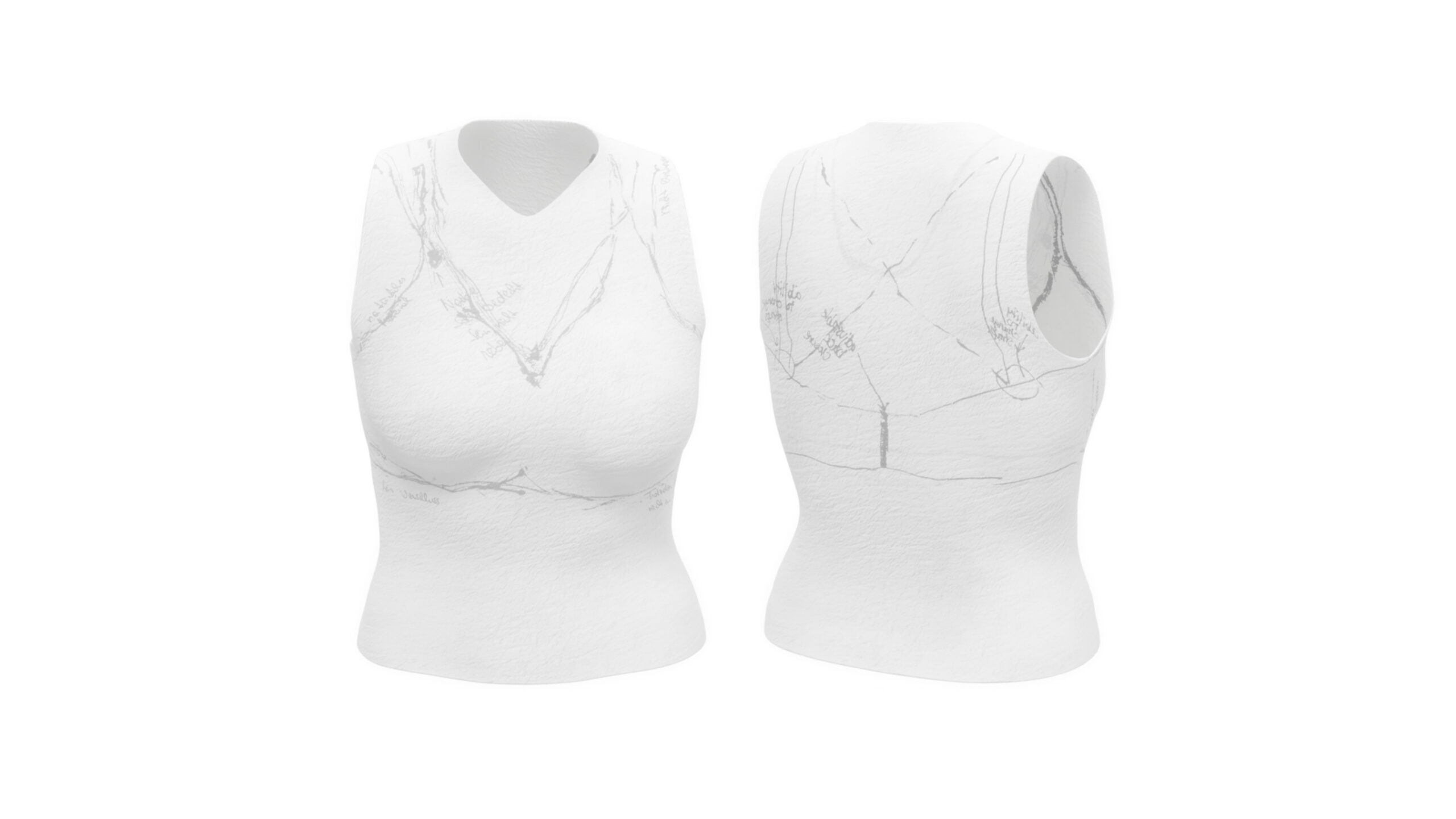 The video begins with a glimpse into the design ideas that two females drew on paper vests in one of my facilitated design sessions. I have collected over 20 of these prototype paper vests, and they all together make up the bra alternative base form, Which is shown next in the video. After that several, possible versions of the bra alternative are portrayed. The three last versions are worn by Viktoria Prantauer’s – our project participant’s – digital double, which Nedim Šećeragić created from Viktora’s 3D body scan. Viktoria co-designed the first two of these versions according to her own needs. The last version is again the bra alternative base garment.

Thank you to the fantastic team members who each gifted their unique talents to this video piece. 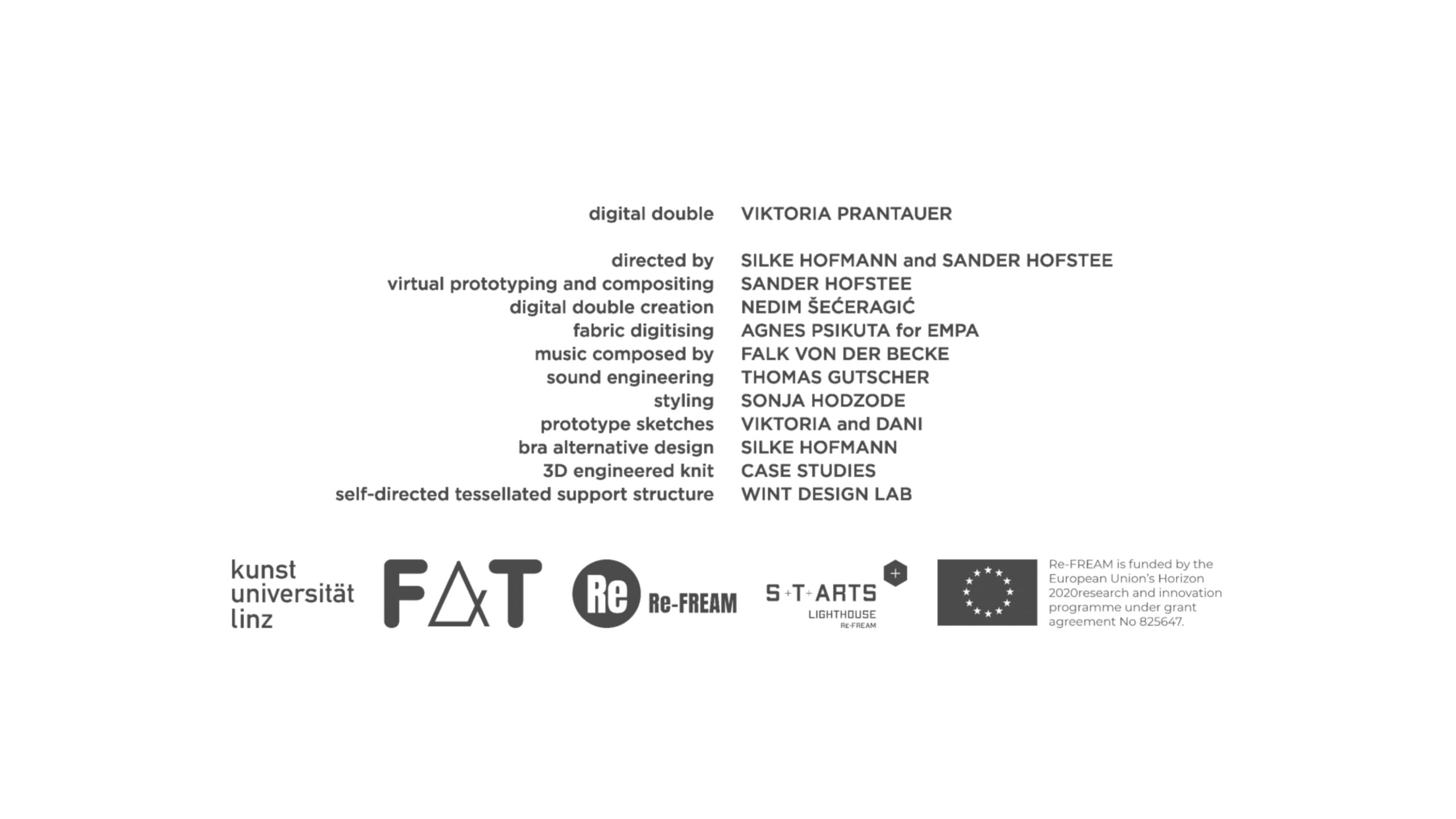