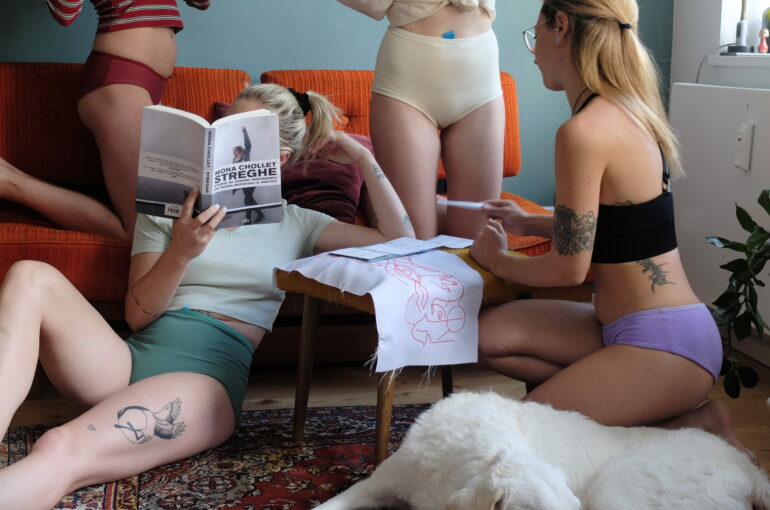 The story of ALMA is one of collaboration between people, art and technology.

“The project started with a conversation”

The past two months have been a time of intense work for the Alma team, from the physical tech development to the artistic identity definition and digital user analysis, culminating in the final presentation of the sensor. 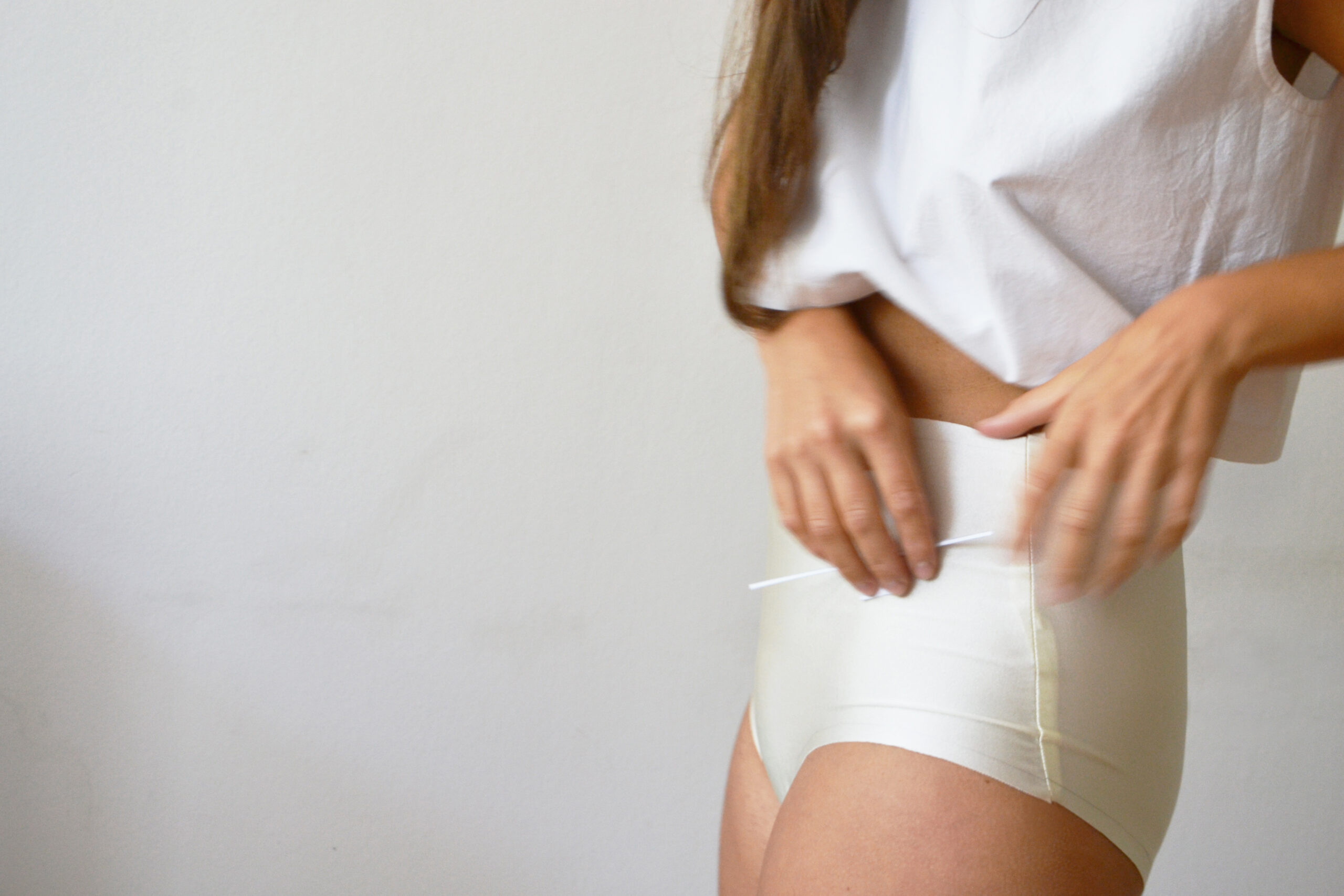 We could define Alma as a pH sensor but it is much more than that. What it truly is, is the manifestation of the conversation that has been going on for the past 11 months. This conversation intensified over the past two months to yield, on one hand, a vaginal fluid-monitoring device embedded in an inclusive underwear for female health and empowerment. On the other hand, it enabled a successful design experiment that involved bringing all sorts of people to the conversation, listening to each of their perspectives that arise from their professional, scientific, cultural, artistic and/or individual experiences.

In spite of the challenges that emerged from the COVID-19 sanitary crisis, the Alma team managed to keep the conversation and collaboration going. Over the past two months, the whole team has been working towards major milestones for the development of Alma through a blend of hands-on development and digital work. We took the lockdown as a phase of preparation for the intense work towards the final presentation of our project. As soon as travel restrictions were lifted, Giulia flew to Berlin to work on the development of the sensor and underwear, while the rest of the team worked remotely, focusing on research and female experience analysis.

“Magic happens when a group of females are encountering a space free from judgment. They will start to speak out loud, formulate new concepts and meanings, creating possible futures reflecting archaic and oppressive pasts. Females have embodied thousands of years of misconceptions, taboos, stigmas and silence, but at the same time, they have been able to create a subsoil of practices, knowledge and strategies that have survived in whispers and small actions.” Isabel Farina, Medical Anthropologist, Alma co-founder

Due to the sanitary crisis, it became difficult to run workshops. However, we continued to run them digitally and analyse them through collaboration with our medical anthropologist. The participatory aspect of our design process was always important to us, and so we also launched a survey to allow females to participate in the conversation despite the social isolation that was imposed globally. It allowed us to keep collecting data on stigma and taboos around intimate health, in addition to existing female intimate health products. The two last month were mainly focused on analysing the results, both qualitatively and quantitatively, to help us understand females and to develop a language that overcomes taboos.

The female body in disease and health

“We, as females, we’ve never been understood from even simple problems that we have. Our aim is to destigmatise society from different points of views.” Giulia Tomasello, Interaction Designer, Alma co-founder

We also delved further into the physiological aspects of the female body. We conducted a lot of remote research to understand which under-served health conditions experienced by females Alma could address and add value to, focusing on bacterial vaginosis, abnormal uterine bleeding and menopause. We’re excited because we see the potential in these areas. We have also started to recognise more gaps in female technologies and the need to include even more people in the conversation.

“Through Re-FREAM we managed to build a team of quite many people. The co-creation process happened in Berlin at Fraunhofer IZM. We’ve been really trying to use different departments as well, from the textile lab to the chemistry lab and to co-design together the whole system, also from an eco-design perspective.” Giulia Tomasello

The physical co-creation process in Berlin (Fraunhofer IZM) lasted from July – when we could travel again – to August. This process was very challenging since Tommaso was supposed to coat the sensor but due to complications in his laboratory at Cambridge, the team had to do all the testing in Berlin without him, with scientists at Fraunhofer IZM. Nonetheless, we successfully built a modular design where the technology is embedded in the gusset of the underwear- where the pH sensor is located- and the data is conducted through some conductive wires to a small case where the electronics are kept. The modularity allows the sensor to be easily removed when washing the garment. The prototype even has wireless communication that can potentially allow a female to access her own information, to know better her body and feel encouraged to seek appropriate help when needed. 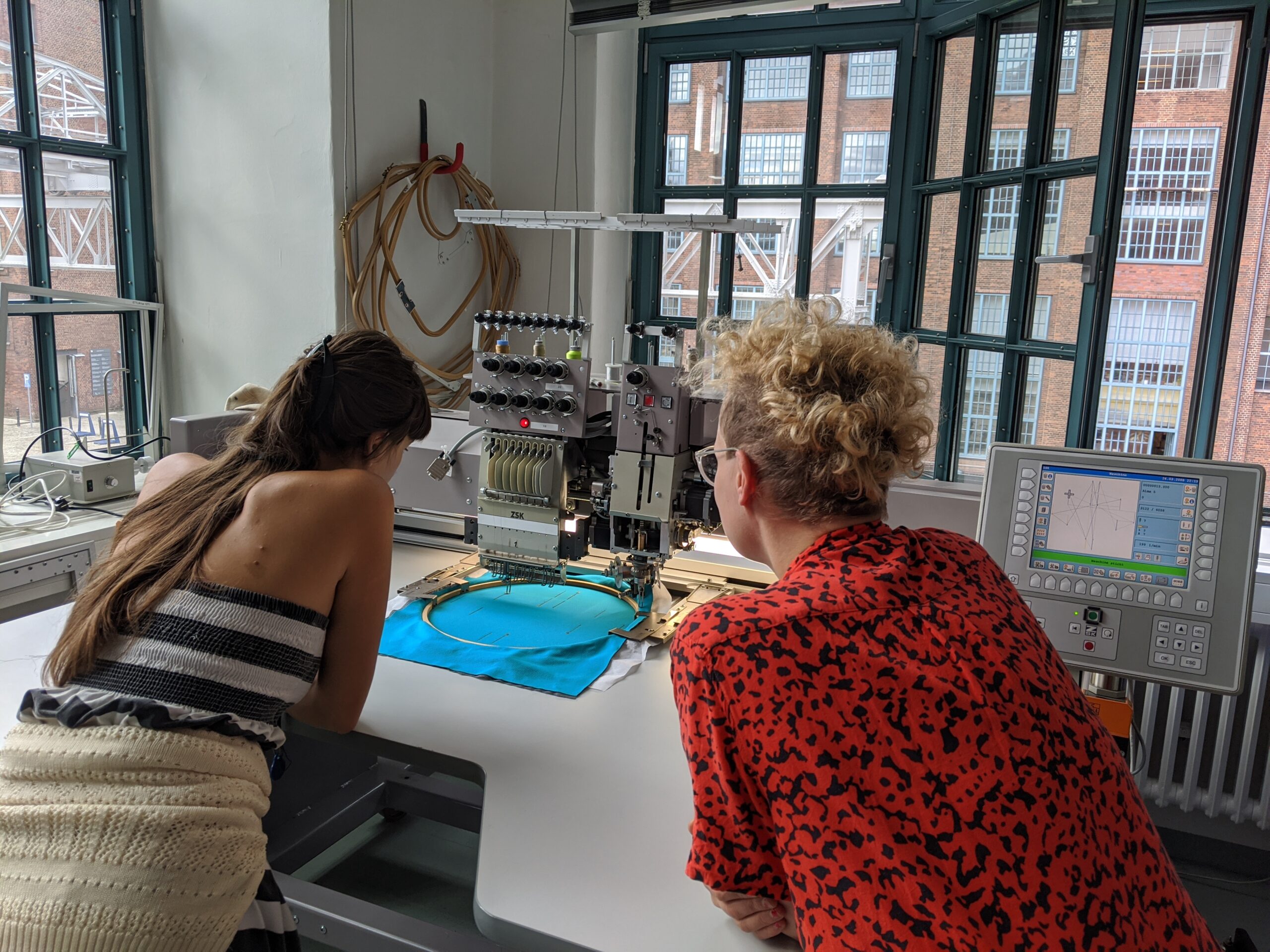 “There’s always a liberating feeling to put a word or a phrase, or a term and experience to it… With clothing it can be the same, it’s not rigid at all, it can change because your body changes throughout your life and to be in this contact with your body over the discussion of clothing, it is a lovely thing.” Silke Hoffman, Clothing Designer

With Silke, our clothing designer, we investigated the inclusivity of clothing and how the garment itself can be a tool to let females be empowered and feel comfortable with a technology that comes very close to their body. We managed to produce four pairs of underwear (red, green, purple and off white) with two different styles: a 50s style and a basic style. Through the two designs, we hoped to truly reflect the spectrum of diversity we encountered during our workshops and appreciate how different females would love to wear Alma.

“In the context of Alma, I believe that the design of panties itself can create a relationship between womxn and technology, make it accessible through a visual and tactile experience.” Nina Birri, Fashion Designer

We also wanted to push forward technology in intimate health from an artistic point of view. Thus, the artistic identity of the project was refined through the co-creation with 11 fashion designers coming from all over the world, responding to an invitation to develop the artistic and speculative prototype of Alma. The collaboration was developed in two months and we are now receiving the prototypes which are a reflection of the cultural diversity Alma aims to embody.

Today, we have four working prototypes of our inclusive underwear that have an embedded, wearable biosensor for the non-invasive diagnosis of bacterial vaginosis. We are really proud of our prototypes and we hope that they will help females to be safer and more confident about how they experience their bodies. The prototypes embody the 11 months of co-creation and the results of the two months of intense work. However, they are also proof that collaboration has true value when designing wearable technology for female’s healthcare, and we want to share our work and journey to inspire others.

As it is commonly said, it’s not just about the destination it’s also about the journey.

As well as presenting our technology, we also wanted to materialise the design process through a documentary. “Connecting females” is a book about co-designing with the user in order to develop technology, in which we will bring Alma as an example. Perhaps one day, we will also hold a performance to showcase our garments. Alma’ s work is far from over. Our survey is still online until October, and we will keep running workshops to gather even more valuable information about people’s experiences. Through our 11 months of work, we opened a space for innovation, where females can become aware of their own bodies by becoming empowered through technology. Alma will continue to build on the promising results demonstrated by its first pH sensing prototype and co-creation to, we hope, provoke societal changes by rethinking fashion and technology together.

“Everyone wants to be part of the conversation now.” Julia Jover-Cano, Alma Product Design Research Assistant 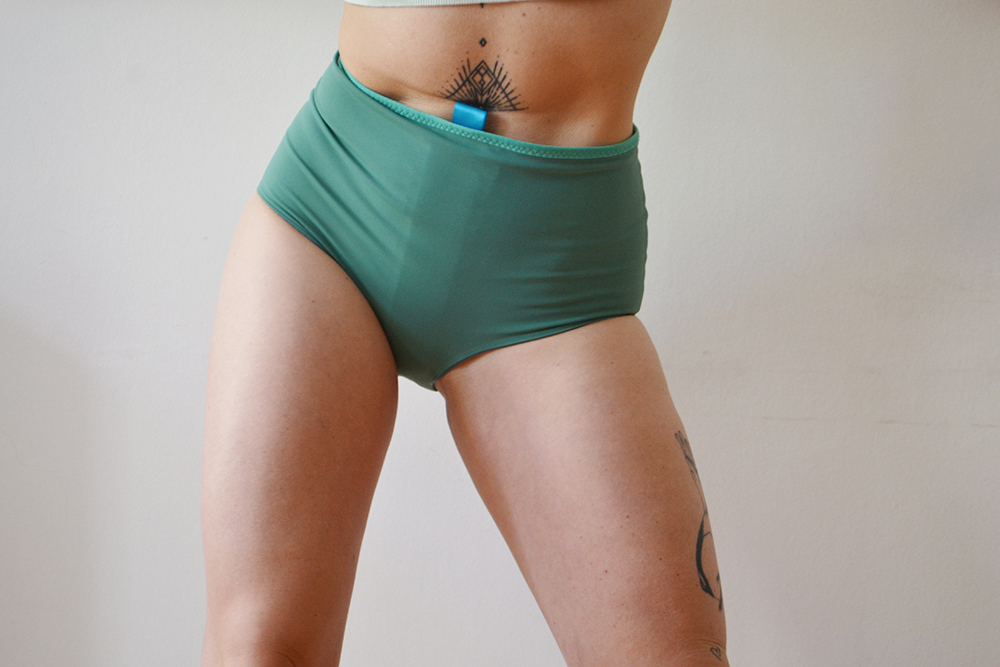 Follow @gitomasello and @femalebiophilia on Instagram for daily updates on Alma and other projects by Giulia Tomasello.

Thanks for reading! More info on gitomasello.com