One of the main features of Lovewear project is the integration of soft robotics, inflatable pockets embedded into the garment. Witsense is not new to inflatables: in our previous work, we have made a jacket that delivers pressure therapy. The current project is being really challenging since the inflatable and the related electronic parts had to be inserted into an underwear, so dimensions played an important role. It’s not just about the inflatable pockets, there also connectors and tubes to be inserted and beside the fabric component, pumps and the electronics had to be positioned. The project was very ambitious from the beginning with several interconnected objectives, many of them pertaining to the co-creation phase.

The inflatables have been developed within our collaboration with Fraunhofer IZM, and specifically with Christian Dils; our collaborator Aesun Kim has been at Fraunhofer’s labs in Berlin, to work side by side of Christian in the development and testing and we can’t be more grateful, since because of Covid-19 we have been stuck in Dubai all summer.

In Lovewear, the inflatable pockets had to be integrated into the textile, so we started sourcing different fabrics that could be laminated to be made air or watertight. We sourced several options to be tested and at Fraunhofer they were meticulously and methodically prepared for several experiments to prove their water tightness, air tightness, deformation, stretching. Among the initial selection two specific materials were finally selected for implementation.

Next step was to work out a manufacturing process that could be managed in the lab. While initially the focus was on ultrasound welding, we soon realized that the small scale of the element to produce was a limitation for the equipment available at the lab, also the manual accuracy required was definitely beyond our capabilities: an ultrasound welding machine is like a stitching machine but the “stitches” are permanent and interrupting the process could be problematic as well as manage small radius corners. We kept experimenting with ultrasound to generate shapes to convey dynamic movements during inflation. This was another objective of the co-creation and was following previous findings achieved virtually with a simulation software, used to overcome travel bans during lockdown. The software was showing easy results that are otherwise complex to achieve manually on a physical model. We tried several directions including two iterations of 3D printed inflation chambers, we experimented the use of hydraulic pistons and also we manufactured origami folded accordion shapes. In the end, time constraints and the need to bring forward a viable option gave us the chance to opt for the simplest direction, a sequence of chambers are going to inflate sequentially to simulate the impression of tactile feedback.

The selected manufacturing process was lamination through aluminium water jet-cut templates leading to a second round of prototypes in Fraunhofer IZM. Lamination temperature and timing were accurately adjusted to obtain optimal performances of the inflation chambers, tolerances and measurements of the lamination tools were also finely tuned through a series of iterations.

The inflatable pockets were originally thought in two ways: some were supposed to directly apply soft pressure to the wearer while inflating and some others were supposed to pilot a prop that could stimulate the wearer. We explored both directions. Even if the first model suggests a simple solution, there are several aspects to consider, like the ribs, that will affect bending and deformation of the inflatable, and therefore its pressure on the wearer’s body.

The second direction has been interesting to explore although it did not lead to satisfactory results yet. In the picture, you can see one of the targeted origami structure and transformed it into an inflatable that could function as a piston. Difficulties have been related to the manufacturing of small scale elements with desired precision and in the end the structure could not inflate properly. 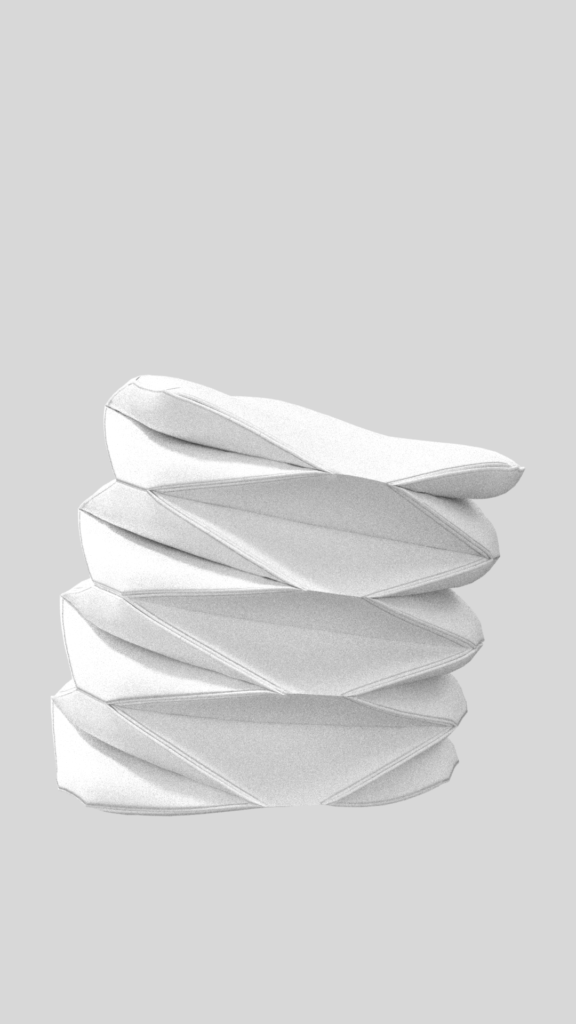 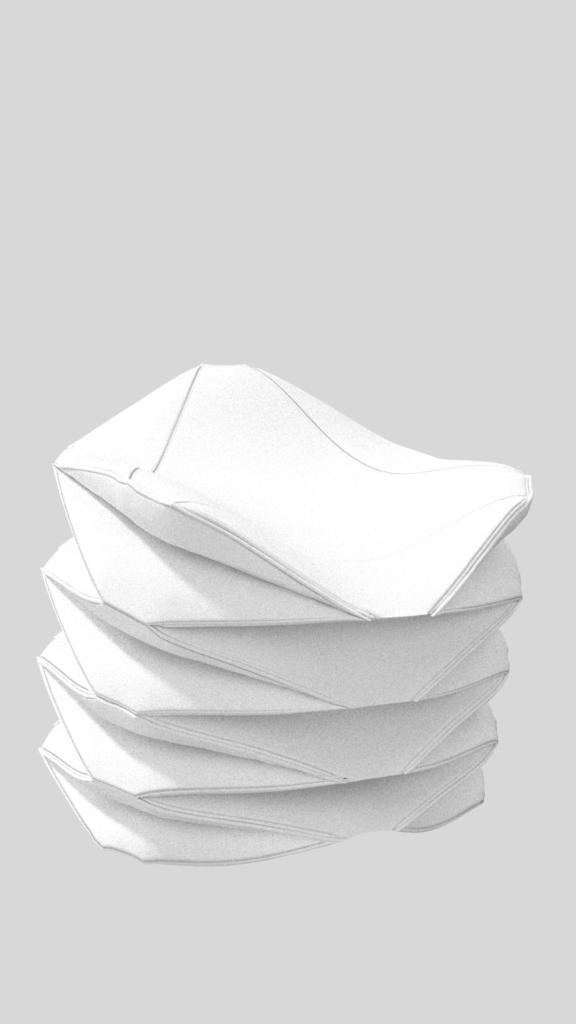 Another important point in the integration with the textile are the components like the connectors (that link tubes to pump and pockets). Existing components could not help, being either too big or too heavy, so we had to design and 3D print our own. Again a series of iteration and testing were needed to come to the optimal configuration. 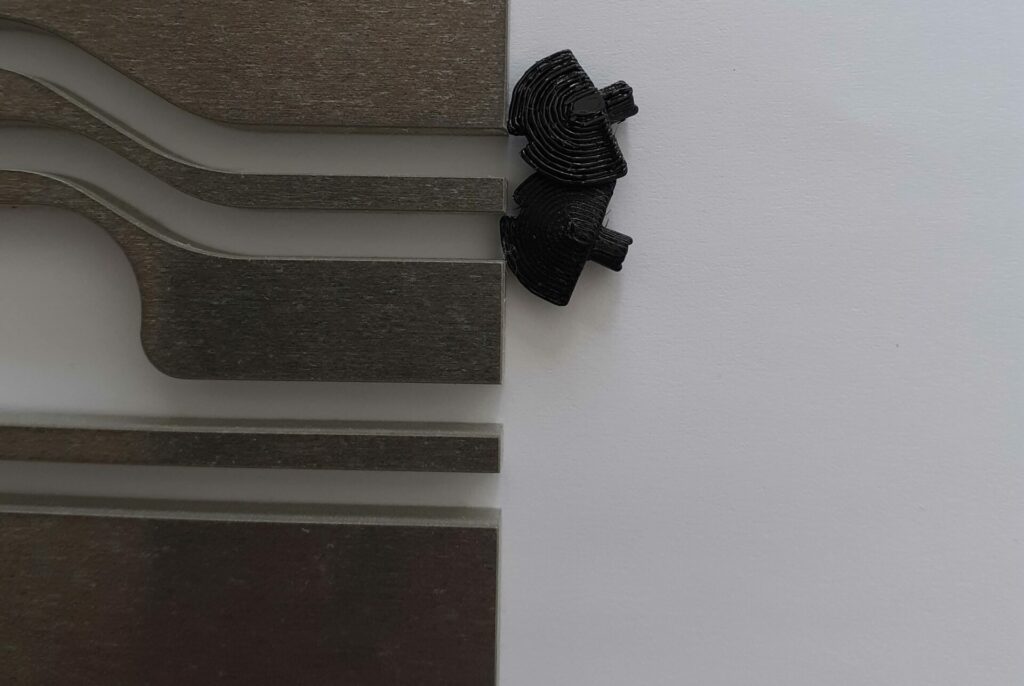 Co-creation is an essential phase of the Re-FREAM project and it really does marvel when it comes to exploring the processes from different perspectives. The creative and the scientific aspects complement each other multiplying the chances to get to new unexpected findings. It is important to approach such experience free from prejudice and the commitment to learn a new language. breaking the boundaries among creative and scientific disciplines will definitely push forward innovation. That could spark a new Renaissance where rather than concentrate artistic and technical skills in one person’s hands it would witness the empowerment of a network of professionals pertaining to different disciplines where everyone will come back enriched from this experience. 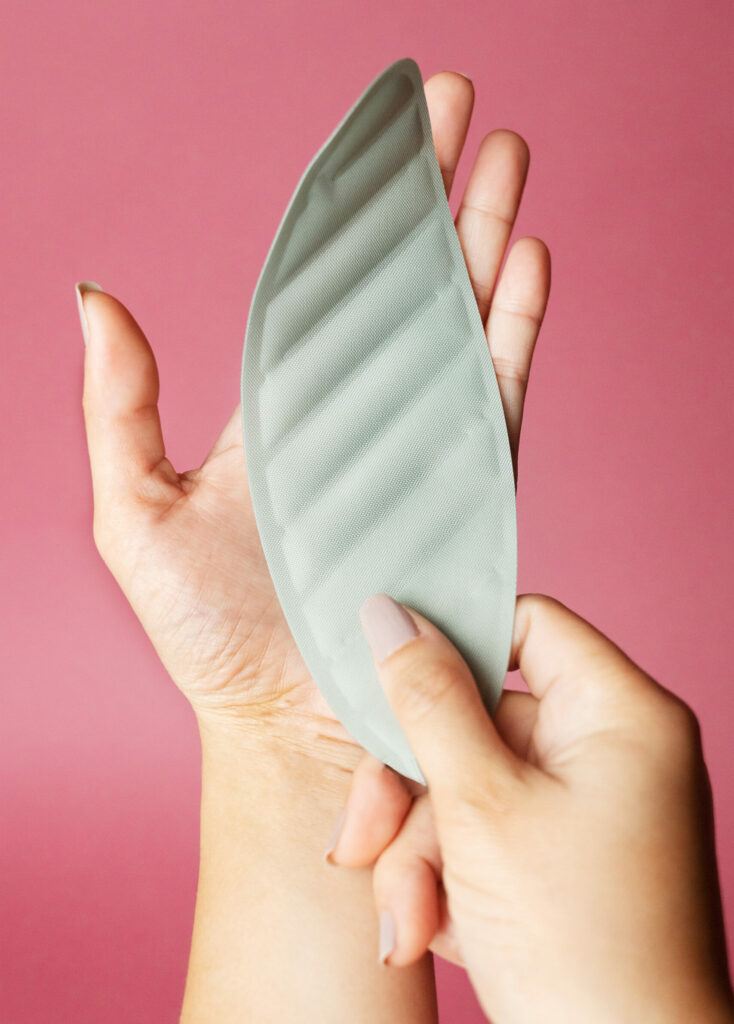