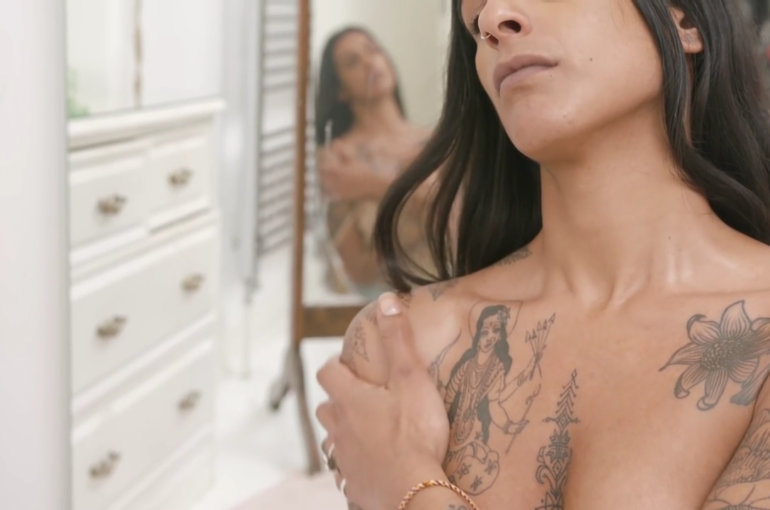 At the beginning of July, the team started working on how to build ramifications within Alma’s ecosystem by answering this question:

In what ways can wearable technology further improve the life of Females?

This involved looking at different aspects of a female’s life and the challenges they can encounter including not only BV, bacterial vaginosis, but also fertility challenges, gynaecological problems, pregnancy issues, women wellness and other diseases that would be prevalent or diagnosed differently in females.

To follow Alma’s direction, we tried to find fields that deserve more representation and could benefit from a technological and educational answer. The team attended the Femtech forum 2020 organised by Women Of Wearables which is an organisation that promotes women in wearable tech, fashion tech, IoT (Internet of Things), health tech, VR, AR and others. Our goal was to see the community is developing and identify gaps or unmet needs that could be addressed by new technology.

A lot of companies were working on fertility challenges and more generally on wellness challenges, but there were also several start-ups developing on community social networks, like social networks for moms. Most of these technologies were taking the form of symptoms tracking apps or smaller devices that act as home mini-labs, and the majority of them required users to manually input information on a daily basis or to proceed to physical manipulation of the technology. This highlighted that wearables that automatically collect the necessary information would be a really useful way to further improve female healthcare and that technology has yet to be developed. It was also noticeable that there were fewer projects on gynaecological health and pathological conditions than there were on wellness and fertility which confirmed that developing technologies and educational tools in these fields still remains unaddressed.

The team decided to do some research on all the different aspects of female health, starting from gynaecological conditions and diseases prevalent in females to pregnancy issues and menopause. It was surprising to see the number of conditions that females can go through during their lifetime and how many of these remain unspoken of or under-diagnosed.

On the gynaecological side, the team dived further into not only infections such as bacterial vaginosis and yeast infections but also cervical cancer and menstrual conditions.  We also realised that pregnancy-related issues like spontaneous pre-term delivery are significant in frequency and lack affordable and accessible ways of diagnosis, especially for communities which do not have easy access to traditional healthcare.

Just like we previously noticed in the case of bacterial vaginosis, we identified a need for fast and accessible monitoring of gynaecological health to prevent or quickly diagnose pathologies. A big challenge is that such pathologies first manifest themselves through none, little or taboo symptoms that are hard to talk about. They would particularly benefit from either the recording of patterns of symptoms or quantitative and qualitative measurements of clinical signs.

We also came to the realisation that technology has limitations. For example, some of these gynaecological conditions such as pelvic floor prolapse (even though really important) could not be addressed simply by technology as they require a trained professional and physical examination, which technology couldn’t substitute or complement more than on the educational level.

Biomarkers and symptoms research – What to measure and where to look for it?

The second step in our research to identify how to take Alma further for female healthcare was to look for objective variables that could potentially be measured by sensors and that would be significant enough relative to the condition to offer a real advantage for early diagnosis.

As we dived into scientific papers, we realised that it is very hard to make medically meaningful diagnosis from simple variables such as body temperature alone, that would sufficiently benefit both the user and the medical community. However, it can be noted that their monitoring can still be valuable information, not to diagnose but to alert the user and give them the confidence to seek professional advice.

Some significant clinical changes in a female with one of those pathologies is through the differential expression of certain proteins or substances which are traditionally screened for in clinical settings. Interestingly enough, quite a lot of them have the potential to be directly measured in cervico-vaginal fluid in a non-invasive way. Other conditions can be rather symptomless or more easily observed through patterns of symptoms such as the irregularity of menstrual bleeding.

Some biomarkers are also traditionally tested for in venous blood which led us to question whether they exist in significant concentrations in non-invasive fluids, such as menstrual blood and vaginal discharge. These fluids were chosen as they were already experimented with for Alma’s pH sensor. However, we also considered human milk, saliva and sweat as these all can provide health information and can be easily collected in a non-invasive way. For now, we settled on four research fields:  preterm delivery, abnormal uterine bleeding, bacterial vaginosis and menopause.

Device and assay research – How to measure it?

The goal of Alma is to not only educate and empower females about their own body, but also to give them the strength to seek help when they need some. From that perspective, we identified three research and development streams for a sensor/monitoring device and two interface approaches.

We are wondering if pre-existing clinical technologies could be simplified or rendered more practical so that it can serve as a bedside method of diagnosis or if we should work on improving already popularised techniques. In other words, Alma could take two approaches, either by simplifying high-throughput scientific assays in order to make them accessible to ordinary people or by taking pre-existing bedside methods and improving their sensitivity, specificity and practicality.

We also realised that for some conditions, medical doctors seem to rely quite heavily on the patients’ history. Thus, the third approach would be focused on high-risk populations such as pregnant females or females that notice unusual symptoms but who are not alerted enough by them to seek professional help. It could take the form of specific symptoms tracking.

In terms of interfaces, we realised the importance of addressing the users’ needs both by making them aware of their bodies and also by simplifying the process of getting help from the medical community. The latter could be done by processing information in a way that would be useful for medical experts to establish a faster and more accurate diagnosis based on personalised healthcare monitoring.

The research we did this month enabled us to realise how promising and important the development of wearable technologies for female healthcare is. There seems to be a real opportunity to improve female quality of life and medical experience on so many levels -including gynaecological health, pregnancy and menopause- by exploring this field.

The next step is to move forwards with the needs we have researched and identified so far, to see how significant the actual demand is. We are also planning on confronting our theoretical approach to the female experience and the medical community understanding of it as well as the feasibility in a sustainable and inclusive way.

Thanks for reading! More info on gitomasello.com

Giulia Tomasello is a designer innovating in women’s healthcare combining biotechnology and interactive wearables. Winner of Re-FREAM and STARTS Prizes both awarded from EU Horizon 2020 for her projects Alma and Future Flora. This year winner of World Omosiroi Japanese Award for her multidisciplinary work. By designing alternative scenarios and acting as creative thinker, Giulia questions our notions of wellbeing to develop innovative tools in the intersection of medical and social sciences.Coded Bodies is her teaching platform designed to learn basics of soft wearables and the exploration of biological textiles. She is currently visiting lecturer at Politecnico of Milano.

Giulia Tomasello is a designer innovating in women’s healthcare combining biotechnology and interactive wearables. Winner of Re-FREAM and STARTS Prizes both awarded from EU Horizon 2020 for her projects Alma and Future Flora. This year winner of World Omosiroi Japanese Award for her multidisciplinary work. By designing alternative scenarios and acting as creative thinker, Giulia questions our notions of wellbeing to develop innovative tools in the intersection of medical and social sciences.Coded Bodies is her teaching platform designed to learn basics of soft wearables and the exploration of biological textiles. She is currently visiting lecturer at Politecnico of Milano.